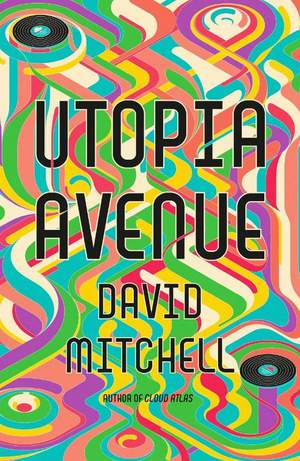 'The great rock and roll novel - an epic love letter to the greatest music ever made and the book the music has always deserved' Tony Parsons Utopia Avenue might be the most curious British band you've never heard of. Emerging from London's psychedelic scene in 1967, folksinger Elf Holloway, blues bassist Dean Moss, guitar virtuoso Jasper de Zoet and jazz drummer Griff Griffin together created a unique sound, with lyrics that captured their turbulent times. The band produced only two albums in two years, yet their musical legacy lives on. This is the story of Utopia Avenue's brief, blazing journey from Soho clubs and draughty ballrooms to the promised land of America, just when the Summer of Love was receding into something much darker - a multi-faceted tale of dreams, drugs, love, sexuality, madness and grief; of stardom's wobbly ladder and fame's Faustian pact; and of the collision between youthful idealism and jaded reality as the Sixties drew to a close. Above all, this bewitching novel celebrates the power of music to connect across divides, define an era and thrill the soul. 'One of the most brilliantly inventive writers of this, or any country' (Independent) turns his unique eye on the dark end of the 1960s in his enthralling new novel, a story of music, dreams, drugs and madness, love and grief, stardom's wobbly ladder and fame's Faustian pact.